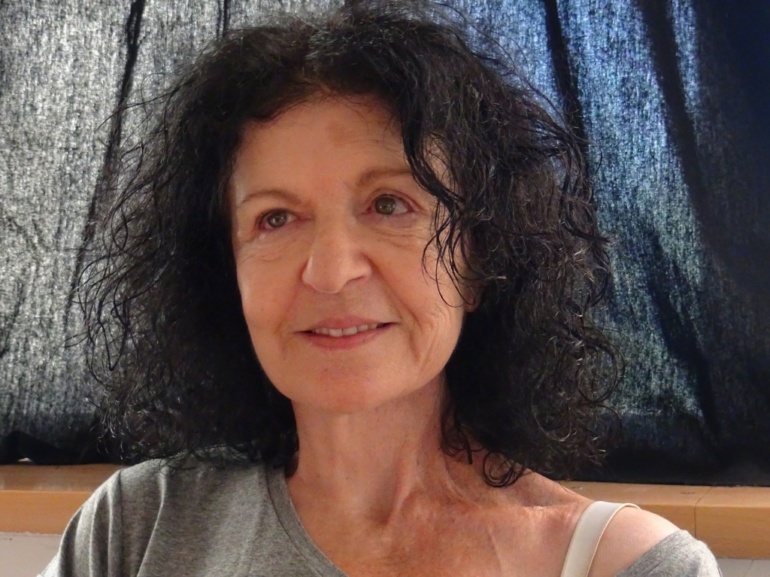 Sonia Balassanian (née Amirian) was born on April 8, 1942, in Iran. She currently lives and works in New York City and Yerevan, the Capital of Armenia.
She received Bachelor of Fine Arts degree from the Joint Program of the University of Pennsylvania and the Pennsylvania Academy of Fine Arts in 1970, and Master of Fine Arts degree from Pratt Institute in 1978. She is also an alumnus of the Whitney Museum Independent Study Program. She has taught art at the Institute of Fine Arts of Tehran and National and Farabi Universities of Iran intermittently between the years of 1970 and 1979. Sonia Balassanian has exhibited in many of New York City’s most esteemed venues; having individual as well as group shows at the Museum of Modern Art, the Sculpture Center, Exit Art, Franklyn Furnace, etc. She has also exhibited her work in Washington D.C., Philadelphia, and South Carolina. Her work has been displayed internationally in Iran, Italy, Germany, the Netherlands, Switzerland, the United Kingdom, as well as in Armenia. In 1975 her poetry was published for the first time in the 18th edition of “Nor Ej” (New Page) an Armenian literary periodical in Iran.

Sonia Balassanian has published 2 books of selected poems in Armenian in New York:“There Might Have Been and Insane Heart”, 1982 and “To Present Dreams of Emotions to the Noisy Rain”, 1991, which later have been republished in a single volume in Yerevan, in 2006. She also published the first edition of “Portraits” (an album of individually rendered 21 self-portraits) in 1983. That book was dedicated to the women who have suffered as a result of political turmoil. The book was exhibited in the Museum of Modern Art exhibition entitled “Committed to Print” (1988). The second edition of the book “Portraits” was published in 2007, on the occasion of artist’s return to Iran after 30-year absence, where enlarged digital reproductions of its pages were exhibited at one of the prominent galleries in Tehran.
Since 1992 Sonia Balassanian has initiated and organized group exhibitions of contemporary art in Armenia, which in 1994 culminated in founding of the Armenia Center for Contemporary Experimental Art (“NPAK” in Armenian acronym). ACCEA/NPAK is a unique institution in the Southern Caucasus, and perhaps in the entire CIS, is actively engaged in the mission of discovering, developing of Armenian avant-garde artists and their promotion on the international arena.

In 1995 Sonia Balassanian through ACCEA/NPAK initiated first ever participation of Armenia at International Art Biennale of Venice. The effort continued until 2009 without interruption.
In Armenia Sonia Balassanian has introduced and helped advance mediums of installation, video art, and multi media arts events.