Welcome to the Center for Contemporary Experimental Art

The “Armenian Center for Contemporary Experimental Art” (ACCEA or “NPAK” in Armenian acronym) is a Non-Governmental Organization operating in Yerevan.

The Center for Contemporary Experimental Art has been created with following objectives:
1.To encourage and facilitate uninhibited expression and creativity of Armenian contemporary and avant-garde artists.
2.To support the process of search, discovery, and conquest of “new frontiers” in the arts.
3.To facilitate creation and presentation of contemporary art by Armenian artists, at home as well as at international fori.
4.To counteract commercialization of art, and to replace market criteria by intellectual and emotional determinants.
5.To create partnership between Diaspora Armenians and the art community in the Republic of Armenia in support and promotion of the Armenian arts and literature.

Above mentioned objectives are envisioned to be realized by:
1.Creation of adequate space for presentation of experimental works of Armenian contemporary artists.
2.Presentation of contemporary international art (fine arts, cinema, theater, dance, poetry, etc.) in Yerevan.
3.Creation of multi-media reference library of printed matter as well as audio and visual material.
4.Creation of Armenian artists’ directory, including biographical information, and audio-visual record of samples of their works.
5.Organization of specialized meetings, seminars, conferences, etc.
6.Provision of grants, scholarships and financial assistance to contemporary artists.
7.Creation of artists’ co-operative for sale of works of contemporary artists.
8.Facilitation of international interaction and exposure of Armenian artists through:
Establishing professional contact with foreign art critics and specialists.
Establishing relations with foreign artists and exhibition of their works in Armenia.
Facilitation of presentation of Armenian art at international exhibitions, festivals, fori, etc. 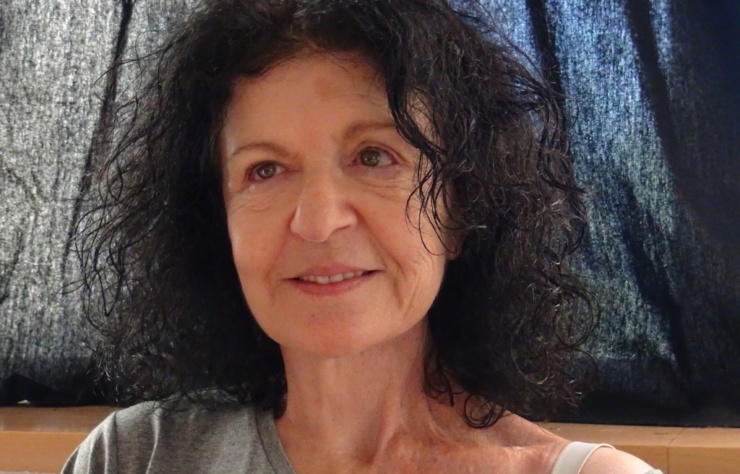 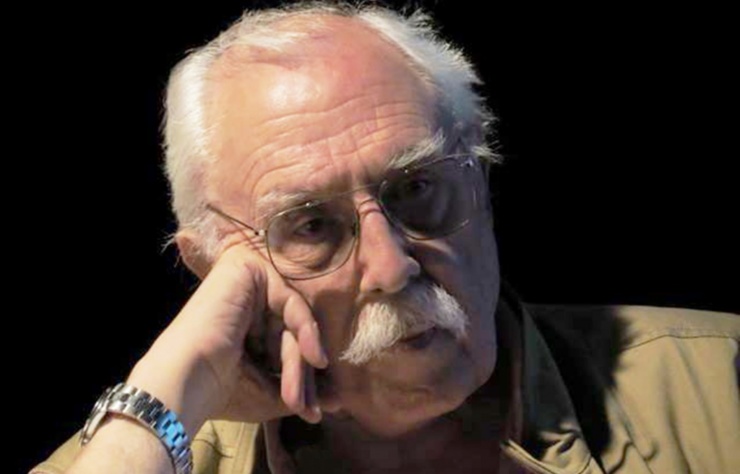 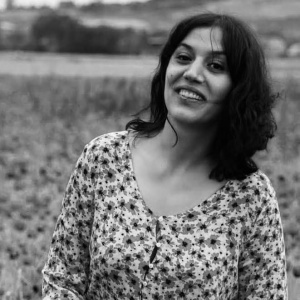 STRUCTURE OF THE ORGANIZATION

FOUNDING MEMBERS
Sonia and Edward Balassanian are the Founding Members of the Armenian Center for Contemporary Experimental Art.
ACCEA was initiated in the summer of 1992, and was officially incorporated as a non-profit organization in Yerevan, Armenia and New York, USA in 1994.

BOARD OF TRUSTEES
A Board of Trustees composed of dedicated volunteers, invited by the Founding Members meets once a year to review past year’s activities of the Center, and approve its program for the following year.
After the initial selection, the Board renews itself as needed and circumstances require.
Current members of the Board of Trustees are:
Sonia Balassanian, Artist and Poet, President and Senior Artistic Director
Edward Balassanian, Architect and Planner, Chairman
Arné Z. Balassanian, Artist, First Vice-President
Roberto Boghossian, Businessman, Vice-President
Arpa Hacopian, Artist
René Gabri, Artist

ARTS COUNCIL
The Arts Council is composed of coordinators of various programs of the ACCEA and governs the activities of the Center.

EXECUTIVE BOARD
Professional staff, with advice and direction of the Arts Council, implements programs of the Center. The staff is subject to expansion and change, depending upon nature and extent of expansion of activities, as well as availability of finances.

MEMBERSHIP
“Membership” does not exist in this organization. ALL Armenian artists, who wish to be involved and present their work are considered participating members of the Center.

The “Armenian Center for Contemporary Experimental Art” (ACCEA or “NPAK” in Armenian acronym) is a Non-Governmental Organization operating in Yerevan.

ACCEA was initiated in the summer of 1992, and was officially incorporated as a non-profit organization in Yerevan, Armenia and New York, USA in 1994. All donations to ACCEA are tax-deductible to the fullest extent permitted by the law.

ACCEA started its activities at a centrally located rented space in 1996, which, later, on February 22, 2002, by a Decree of the Government of the Republic of Armenia, was provided to ACCEA free of charge and for unlimited period.

The physical facility was formally inaugurated on April 25, 1996, with a group exhibition of Armenian avant-garde artists, symbolically celebrating the resurrection of the Armenian nation.

Founders of NPAK are grateful to “Robert Boghossian and Sons Fund” whose generous contribution was the initial force behind the years of its activities. In deep appreciation of their generosity, the above-mentioned space has been named after Jean and Albert Boghossian.

ACCEA/NPAK activities, which in 1992 started with one group exhibition per year, very soon grew into an active and vibrant art center with annually more than 20 events.

The Center is a unique phenomenon of its kind in the entire Southern Caucasus region.

Yerevan, September 23, 2003—In this autumn afternoon over 500 art enthusiasts, artists and dignitaries gathered together at the entrance of the Armenian Center for Contemporary Experimental Art (NPAK in Armenian acronym) to witness the unveiling of “Melancholy” a masterpiece by renowned Armenian artist, forefather of Armenian avant-garde art, Yervand Kotchar.

The sculpture is a quadruple scale bronze cast of the original work in gypsum (1957) kept at the Yervand Kotchar Museum in Yerevan. Together with the pedestal the complex stands 6.24 meters (20’ 6”) high.

The unveiling was done by Mayor of Yerevan, Hon. Yervand Zakharian, Yerevan Chief Architect Narek Sargsian and Benefactor Rouben Avanessian.The project has been initiated and implemented by the Armenian Center for Contemporary Experimental Art (“NPAK” in Armenian acronym).

Following is the statement of the benefactor
on the occasion of dedication of the statue.

Kotchar’s “Melancholy” is most significant world-class creations. No sculpture has been able to display human depression in our dreadful life so comprehensively. With divided identity of dissected male and female bodies with spiral of venom wrapped around their neck, with absence of soul symbolized by an internal void where urban high-rises replace the heart, this by all measures masterpiece is indeed an ingenious work of art of international standard. Neither August Rodin, nor Henry Moor has created work of such a class.

We have an obligation to present this masterpiece, this gigantic work of our small nation to the entire world, in glorification of the Armenian talent.

Honorable Mayor, Reverend Fathers, dear artists, arts enthusiasts, fellow citizens and friends, when I was writing this address, inadvertently following verse of Yeghishe Charents (1), the avant-garde poet of the 30’s came to mind:

“Whatever the crazy masses would not do.”
Yeghishe Charents

Indeed, more than four decades ago a crazy soul, created a rebellious work, and today his crazed followers, are paying crazed tribute to the crazy master…

Today we unveiled “Melancholy”, the masterpiece of the forefather of Armenian avant-garde art, Yervand Kotchar, and present it to our ancient city. The city, on the sidewalks of which, sometimes in melancholy and sometimes joyous, sometimes enthusiastic and sometimes depressed, and why not, sometimes rebellious and crazed, walked Charentses and Komitases (2) , Sevags (3) and Minasses (4) of our times, accompanied with the spirits of mythological David of Sassoon (5) and mystical Narek (6)…

Thus, let the sincere and daring manifestation of the enormous cultural legacy of our talented ancestors spread with everlasting reverberation and resonance.

This dream would not realize if it was not for 2 years of hard and selfless work of a group of dedicated individuals, who did everything possible for this proud moment to come true.

We thank the Honorable Mayor and Municipality of Yerevan for authorizing this project. Special thanks and gratitude to Chief Architect of Yerevan, Narek Sargsian, for giving us relentless support and assistance.

We thank Benefactor Rouben Avanessian for sponsoring this project.

Many thanks to heirs of the artist, Haykaz and Rouben Kotchar, for passing their intellectual rights to this project. Special thanks to Architect Haykaz Kotchar for developing the architectural arrangement of the complex.

Thanks to the management of Yervand Kotchar Museum and its Director Mrs. Lala Mardirossian-Kotchar, for cooperation and professionalism showed with respect to this project.

Thanks to Architect-sculptor Ashot Karapetian who meticulously and with utmost sincerity sculpted the quadruple size copy of the original work, and managed and supervised its casting in bronze. We are grateful to workers, artisans, and master-casters of the foundry for giving this work body and material existence.

And lastly thank you, our dear compatriots for sharing this proud and happy moment with us.

Yeghishe Charents (1897-1937) was a very popular revolutionary and controversial poet who is considered the forefather of Armenian modern poetry. He died in a Yerevan prison in late 30’s. His place of burial is not known.
Komitas Vartabed (1869-1935) was an ethnomusicologist/clergy who transcribed and recorded Armenian folk music in classic terms. Komitas lost his mind after the 1915 Genocide committed against Armenians by the Ottoman Empire, and died in Paris.
Baruir Sevag (1924-1971) was a popular poet, following footsteps of Yeghishe Charents. He died in an auto accident on the road to his parental village.
Minas Avetissian (1928-1975) was a painter, who started a new wave of modern painting in Armenia in the 50’s and 60’s. He was killed by a run-away automobile while standing on the sidewalk in his neighborhood.
David of Sassoon is a young mythological hero who stood up for independence of the nation of Armenia. His statue by Yervand Kotchar stands in the square across from the railroad station in Yerevan.
St. Grigor Narekatsi, (951-1003) was a mystical poet, whose “Book of Sadness” of lamentations with God is one of the foundations of Armenian poetry.