Skip to content Skip to sidebar Skip to footer

“One Shot” promotes independent film production in Armenia. Submitted films have no limitations in shooting format. Films can be shot on cell phones, film and HD cameras. Competition has three categories: “One Minute – One Shot”, “Short Movies” and “Cinema Without Border”. There are special programs and panel discussions too.
“One Shot” International Short Film Festival is an open cinema platform. It was founded in 2003. Founder president is Gagik Ghazareh. Symbol of the festival represents three dimensional statue of ancient rock carving from Geghama mountain which is 5000 years old.

ONE MINUTE ONE SHOT
1. The film presented must be one minute long: 10sec. titles + 60seconds film.
2. The titles must be 10 seconds long at the beginning of one minute film. English subtitles are required.
3. Film must be shot in one frame. Shots cannot be cut, combined or mixed into one (chroma key is not allowed).
4. Multiplication in animation is not against the rules as it is a production technique. However direct editing, cuts in different scenes (close up – middle, etc) are not allowed.
5. The author is free to express his/her ideas and views in any form and genre.

SHORT FILMS
1. Up to 30 minutes, including titles.
2. Animations are not accepted for this category.

CINEMA WITHOUT BORDERS
1. Video art, experimental or “OTHER” films are shown. FEATURE LENGTH FILMS can be submitted.
Special focus is on films covering Human Rights.

SUBMISSION RULES
1. “One minute one shot” films have no entry fee.
2. International short films and cinema without border: 2$ fee.
3. Films must have English subtitles.
4. All submitted films have to be labeled with a date, film title and the filmmaker’s name.
5. Film must have been completed within two years prior to the festival date.
6. Demos or unfinished films are not accepted.
7. The filmmaker declares that he/she has the copyright of the work including photography and sound.
The case where copyrights have been violated festival takes no responsibility.

ADJUDICATION
1. Festival will judge the submitted films and select for
“One Minute One Shot”, “Short Films”, “Cinema Without Borders” categories for screenings in June.
2. Participants not included in program will be informed via email before the festival’s official opening.
3. Selected films will be archived and could be screened for promotional and non-commercial purposes after the festival.

HONORABLE PRIZE – Symbol
To individual, for his/her invaluable contribution to the development of Armenian cinema.

The festival’s FB page https://www.facebook.com/oneshotfest and work e-mail kadrrope@gmail.com are available for questions and clarifications. 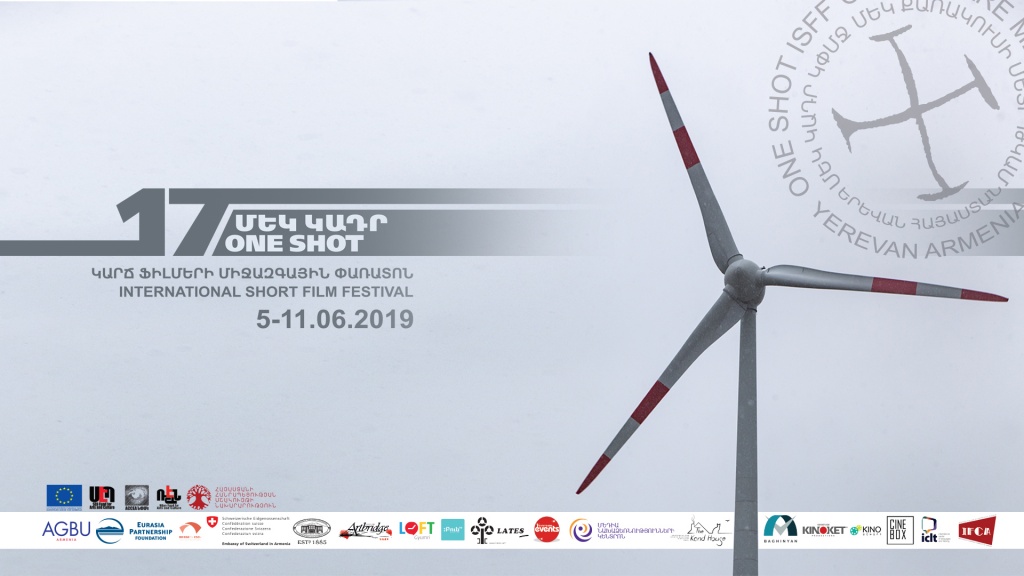 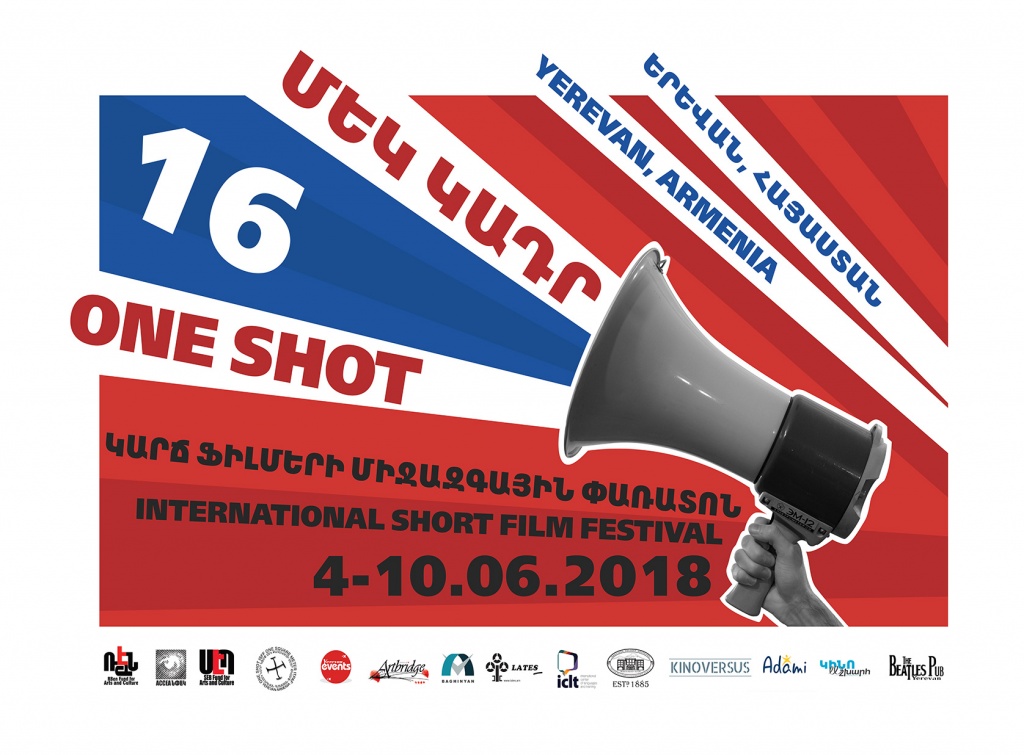 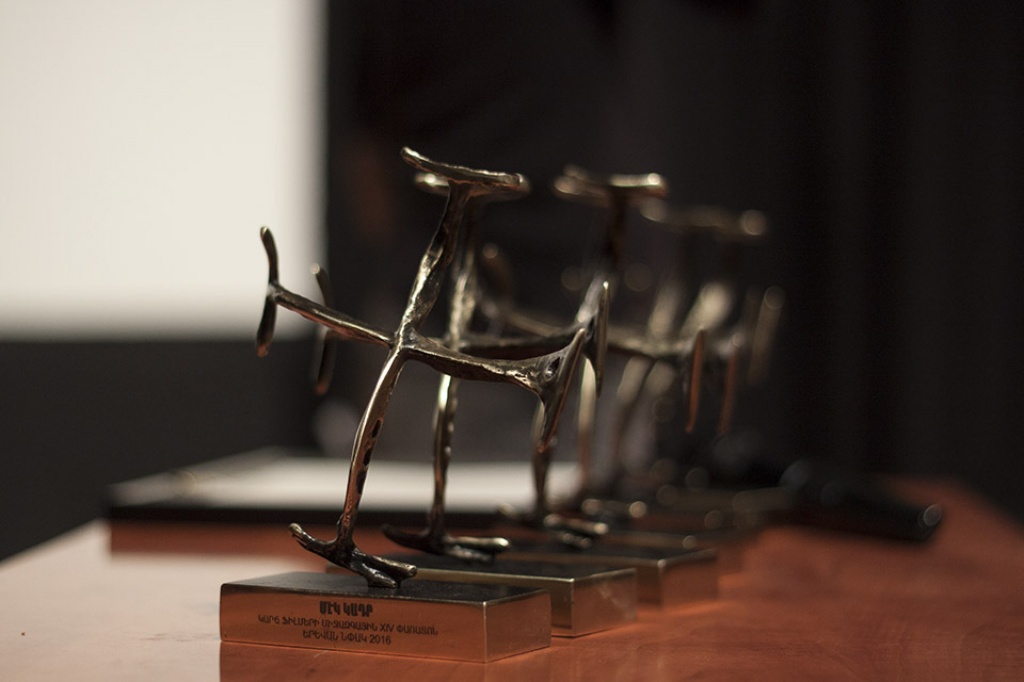 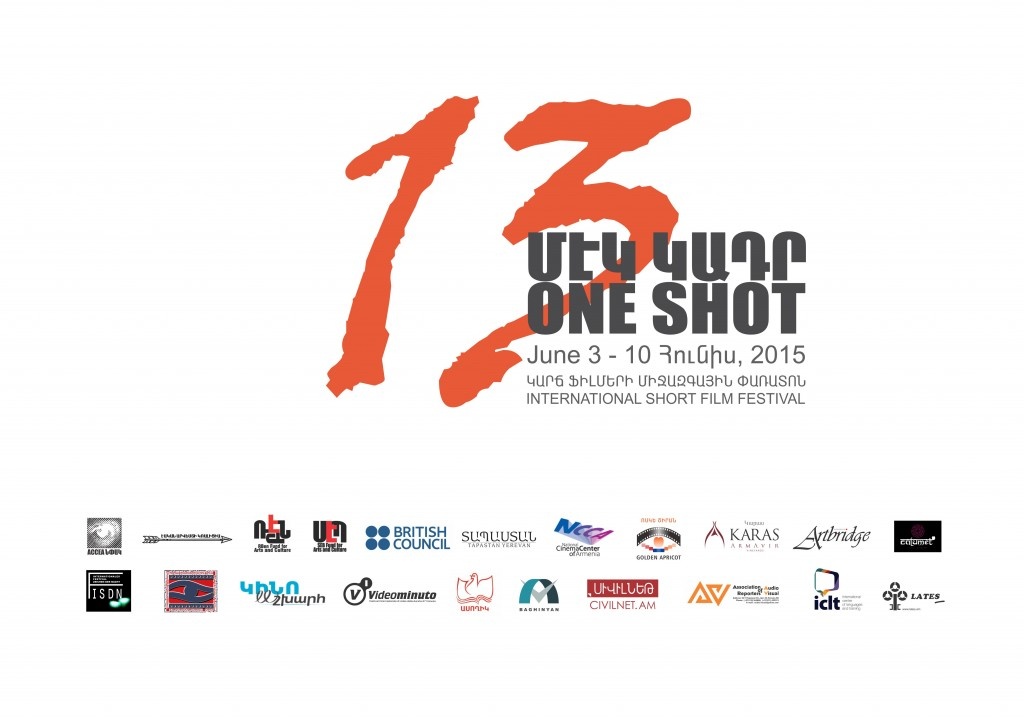 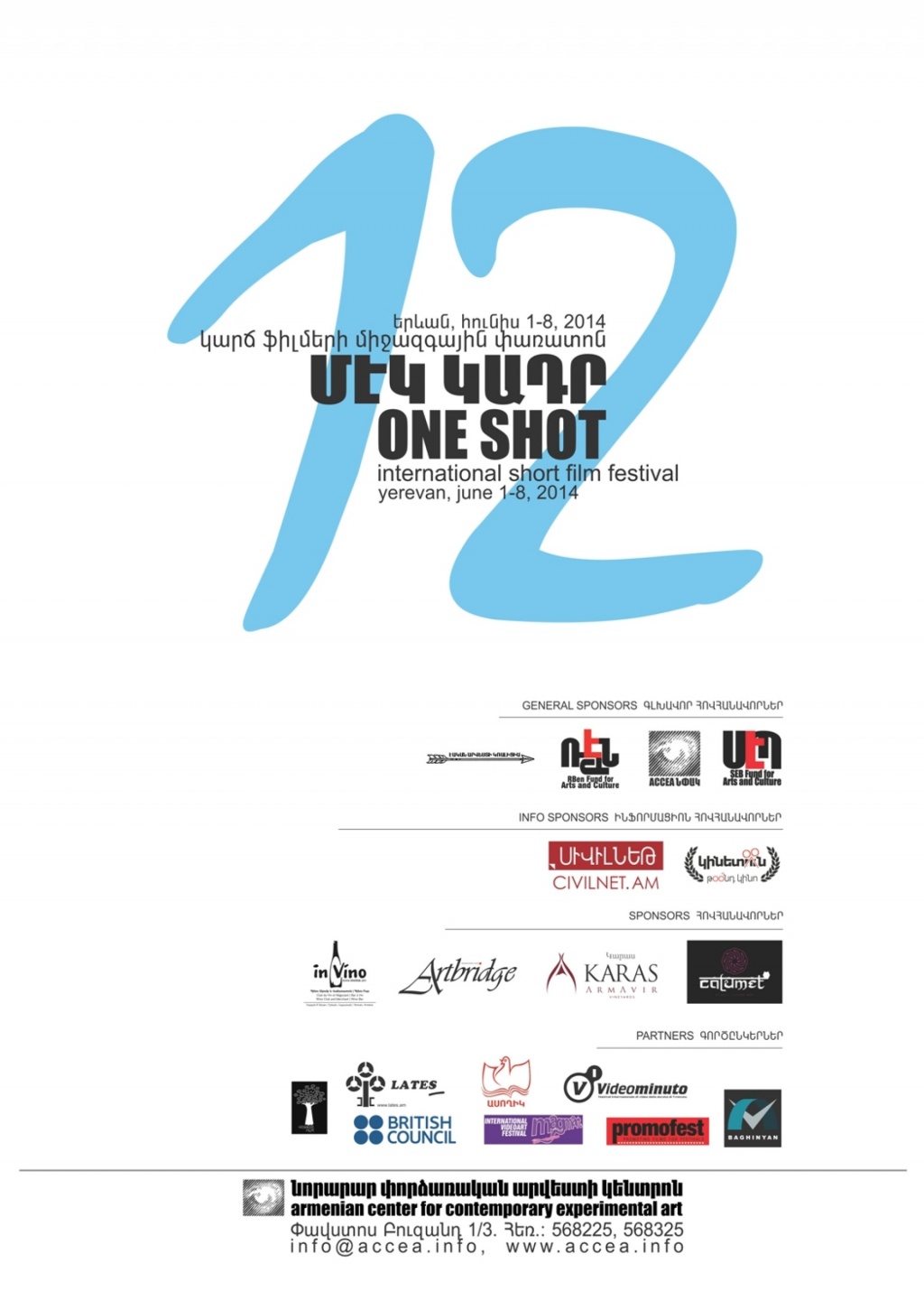