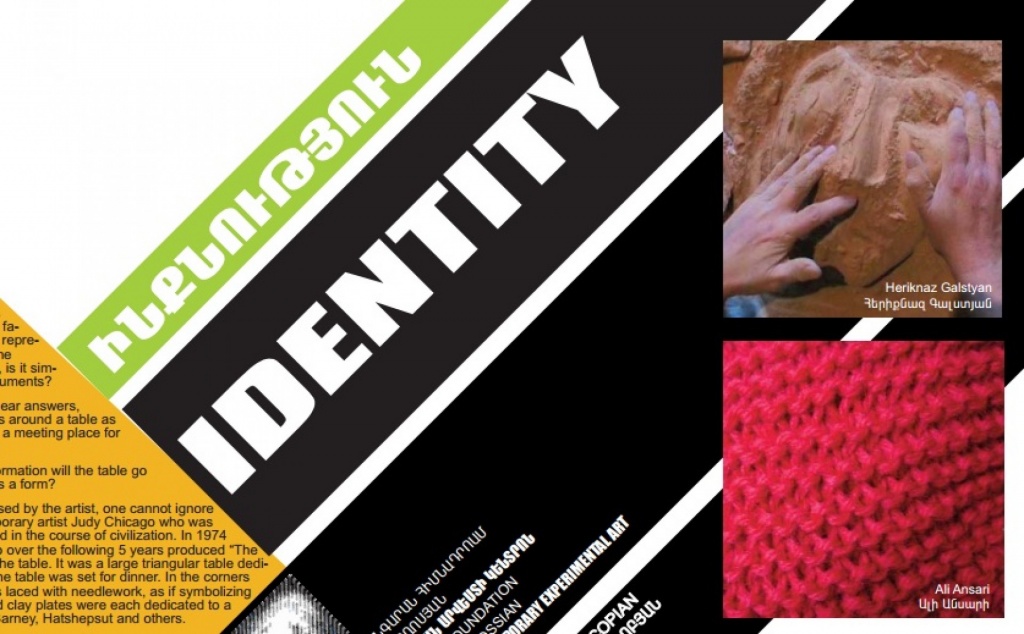 There are many occasions when artists, either symbolically or directly, have used a table in their works. However, to use the table as an idea around which artists of varying techniques and styles are brought together is seldom, if ever.

Is the table a common piece of furniture, or is it a furniture which has become common and familiar? Can the table be turned into a symbol representing the man or the society, to represent the individual, or the identity of the individual? Or, is it simply a surface for placing piles of files and documents?

These are questions for which there are no clear answers, since there has not been a “meeting” of artists around a table as a means of artistic creation. This exhibition is a meeting place for such an idea.

It is interesting to find out what kind of transformation will the table go through in Armenian reality, when it is used as a form?

Studying work of art, where table has been used by the artist, one cannot ignore the monumental project of American contemporary artist Judy Chicago who was disturbed by the fact that women were ignored in the course of civilization. In 1974 she gathered together a group of women who over the following 5 years produced “The Dinner Party” exhibition, whose symbol was the table. It was a large triangular table dedicated to 999 internationally famed women. The table was set for dinner. In the corners there were delicately embroidered tablecloths laced with needlework, as if symbolizing documents of individual identity. 39 decorated clay plates were each dedicated to a famous female figure: Virginia Wolf, Natalie Barney, Hatshepsut and others.

Returning to the basic issues of women in Armenian society, it should be noted that during the most complex era of the contemporary history, the beginning of the 20th century became the genesis of formation of identity of the Armenian woman. It was an era, during the last century, which witnessed two World Wars, the Great Genocide, us being subjected to the loss of the Homeland, deportation and horror, loss of freedom, and struggle for attainment in foreign lands.

In many instances the Armenian woman was condemned to bear the imperative of formation of family and societal life, stemming from global, irreversible challenges of civilization. The result was achieving self-assertion as independent and creative part of the Armenian society.

There is the impression that in Armenian society the Armenian man has given the keys of the kitchen to his wife, and sitting in the dining-room is waiting for the delicious dinner to be served. It is conceivable that such a tradition exists, but in the present-day Armenian reality it is in no way a dominant situation anymore.

This exhibition is a desire for speaking of identity, HISTORY OF THE MANKIND, or stories thereof, by interpretation of the image of the Armenian woman. After all whether in the dining-room or at the office, in the garden or in the train cabin, the table spontaneously compels interaction. The table around which there are at least two persons, a woman and a man, and later a group of persons, form value-systems of the individual, the family, the social groups, and the society.