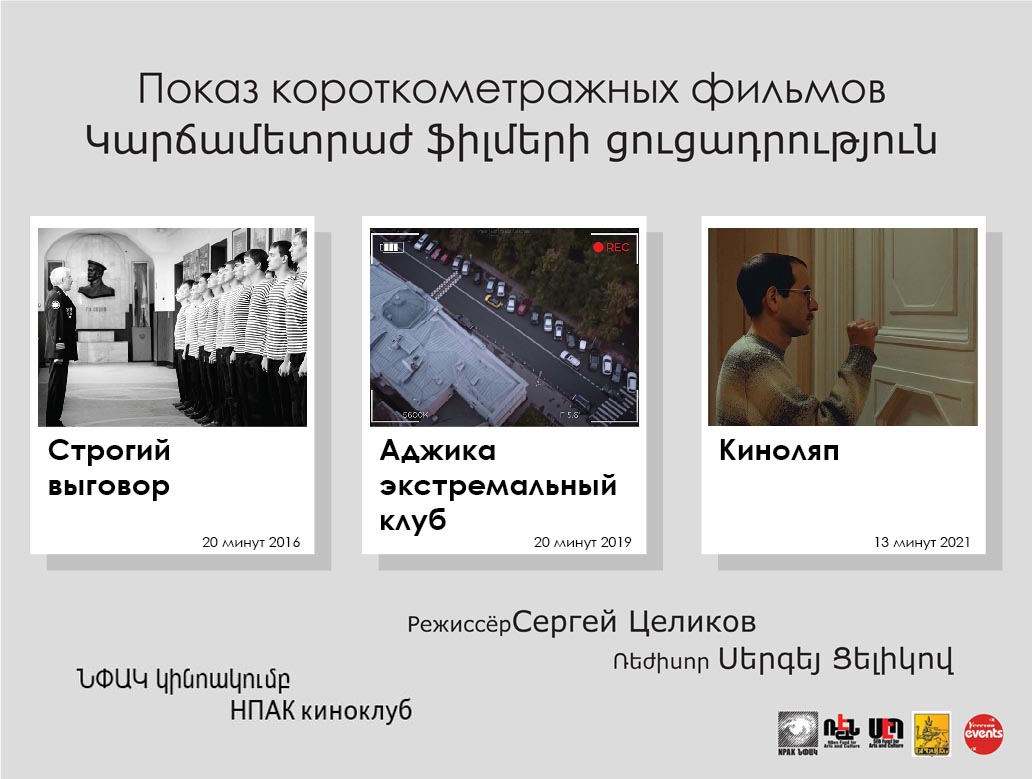 1. Strict reprimand (20 minutes)
Maritime Academy: An excellent learner,student, Sasha Tsaplin learns the basics of the marine art, which is hidden between scrubbing floors and a dream of a summer internship on a Greek ship. The routine of the school week is disrupted by the appearance of his mother, cake in hand. The cadets learn that today is Sasha’s birthday. Sasha tends to the tea party, but her friends insist on buying alcohol. Cadets Lobanov and Morozov, who have more reprimands than five, convince Tsaplin to seek adventure. But here and there, a completely different ending awaits them. As a result, not only the future of the cadets, but also their company is at risk.
Cast: Vladislav Kuznetsov, Alexander Gorodisky, Boris Polushev, Vladimir Brinko.
Russia, 2016

2. “Ajika” extreme club (20 minutes)
A group of young extremals dream of fame. For this purpose, every day they film dangerous stunts and post them on the Internet. Everything changes when a strange person appears at the threshold of the “Ajika” extreme club’s training ground. He says he knows a quick way to fame and promises a sponsorship deal and millions of views on YouTube. The boys need do very little to add notes of opposition to their act.
Cast: Dmitry Trusov, Alexander Gorodisky, Alexander Puris, Ivan Orlov, Sergey Bazarov, Yuri Gumirov, Sergey Ivanyuk.
Russia, 2019

3. Movie Mistake (13 minutes)
Filmmaker-director Kostya’s working day doesn’t start in the morning. He was informed in the accounting department of the film studio that he was fined a large amount. Stunned by the news, Kostya goes to the producer for clarification.
Cast: Valentin Samokhin, Leonid Dzyunik, Svetlana Nemolyaeva, Boris Teterkin, Alexander Shpagin.
Russia, 2021