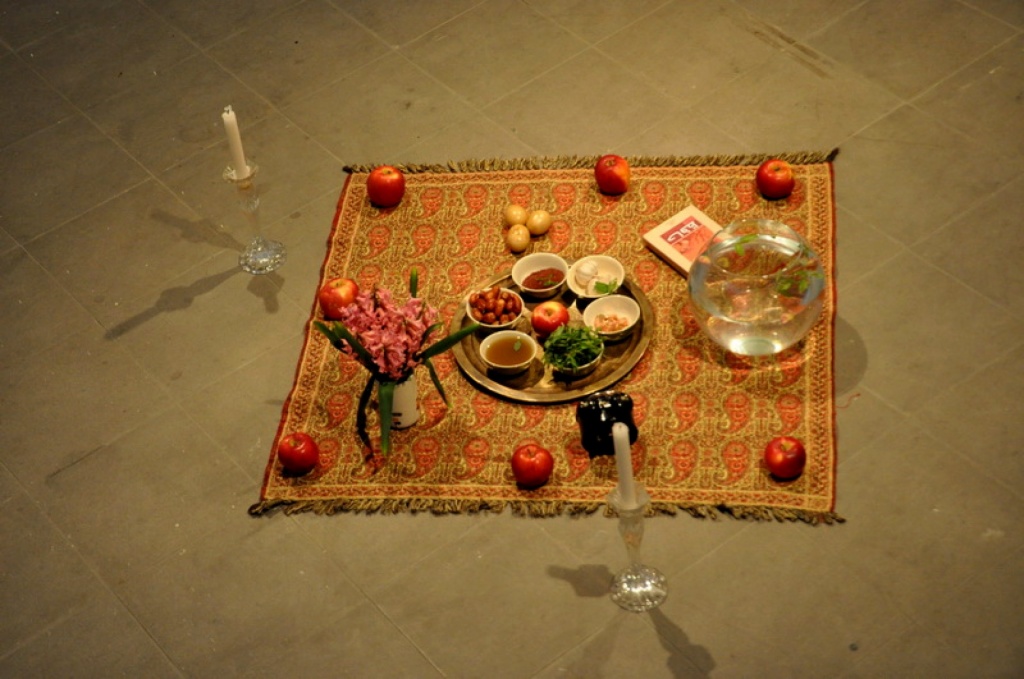 COLOURFUL SOIL CARPET
THE MIRACLE OF HORMOZ
Hormoz is a most beautiful island, situated in the Persian Gulf.
The island consists of a huge salt dome topped, partly, by a rich variety of stones, sands and soil and abundant vegetation. It is unique in its multitude of colored soil: more than twenty colors and some ninety shades.
Five years ago, a group of young artists of Iran’s southern Hormozgan province, and of
Hormoz Island, came upon the idea of “weaving” a carpet out of colored soil at a flat
depression on the western coast. Intent: to draw the authorities’ attention to the island’s
amazing ecology and the necessity of its protection.
Wielding the island’s folk tales and its marvelous colorful sand and soil, the artists rose
against apathy towards -and destructive exploitation of- its environmental wealth and beauty.
Due, partly, to efforts by some fifty or so artists, the once neglected island has become a
center of art and a magnet of tourism. In half a decade the yearly number of visitors to the soil carpet, alone, has grown from 7000 to 40000.
The first soil carpet, designed by Ahmad Kargaran and executed by the local artists’ group,
was based on the local folk legend of Mother Sea.
In February 2014 the group presented its fifth carpet, the “Da Mahi”, designed by A. Kargaran.
Da Mahi is the great fish full of motherly love, it swims the high seas and guides lost seamen safely back.
A previous carpet was called “Melmedas”, the legendary mermaid-like sea creature who had sickles for feet (hidden under the surface) with which she ripped sailors who had fallen for her beckoning.
To the artists, Melmedas symbolizes today’s material innovations and economic “gains” which destroy both nature and human moral values.
Melmedas also symbolizes life and death, good and evil, hope and demise.
Weaving legends is inherent to human soul. Legend helps man find the truth and displays
human values. The role and meaning of legend has changed a lot for modern man, yet its
symbolic and esthetic importance is unchanged.
Hormoz Contemporary Art Group invokes ecological and artistic maters through legends
surviving for centuries in deep blue waters of the Persian Gulf.