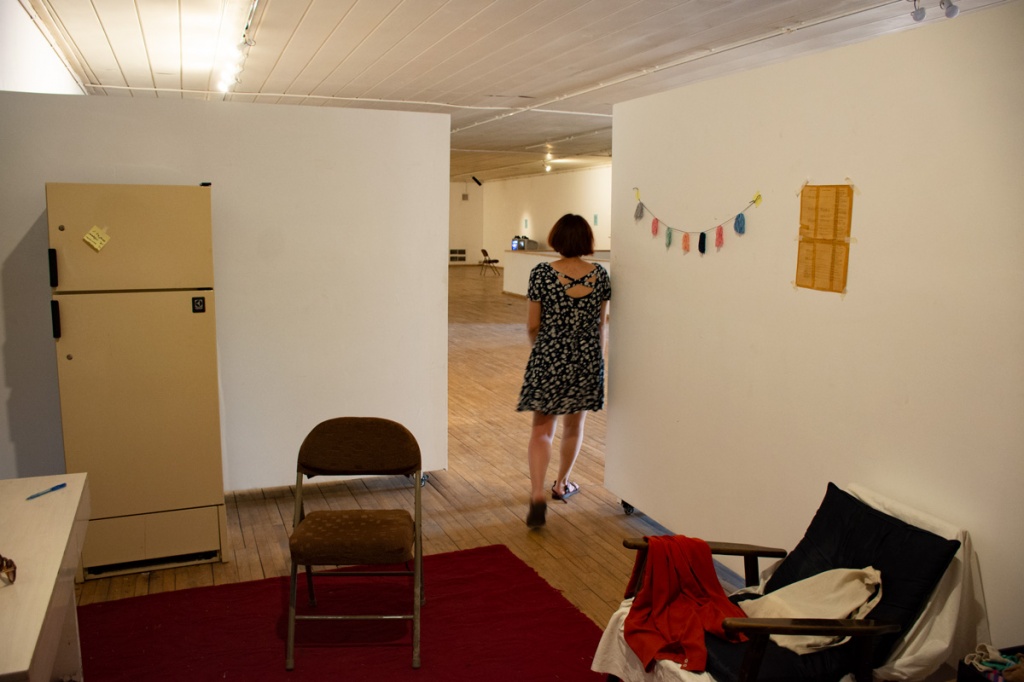 At ACCEA/NPAK, during April 13 – May 12, 2018 period we were supposed to present the process of a project called “User Experience”. The project is an important experiment, which has the potential of
bringing up several issues:
a) An experimental method of producing artistic content where the content creator is not the individual author, but a collective subject was adopted. The method was periodic, horizontal discussion sessions during preceding 8-month period, which formed the artworks, event contents, and related texts.
b) Problems of interaction of information and physical public realms, in political and social contexts.
c) Reconsideration of the format of the Annual Festival of Alternative Art, under which the “User Experience” project was held.

This project exactly coincided with the public movement in Armenia, as a result of which the “Velvet Revolution” or “The Revolution of Love and Solidarity” took place. The process of the movement overtook the significance (urgency) of our project. This loss of urgency occurred for two reasons:

Firstly, most of the members of the initiating group and the ACCEA/NPAK staff were in the streets taking part in the street protests.

And the main issue, which we would like to emphasize, is the contextual reform of art by the revolution. Together with the revolution, a change of cultural paradigm has taken place. Before that we
lived in the nationalist paradigm of the late sixties, which had come to overthrow the dictatorial Soviet system. A system based on very progressive, but distorted ideas. After the collapse of the Soviet Union, nationalism remained the only ideology and created its own authoritarian system based on principles of neoliberal economy.
The post-revolution changes represent a transition from post-soviet nationalism to a new collective national identity, which is still being built and does not allow it to be named as yet. This implies the significance of statehood in the image of a legitimate government, the ability to think about democracy and the future, which did not exist before. The economy is now being emancipated from the criminal elements. This makes it possible for the rich to speak without bearing the brand of being an oligarch. However, it is also capitalistic and neoliberal.

This change is of global nature. It is not possible to place the old content on the new situation, without revision. Some art objects created during the project lost their urgency within the one month
of the revolution. From the possibilities of making declarations they turned into objects of cultural study stemming from the old situation. Some other items acquired additional content and associative
parallels. And the third group began to show art-politics-media relationship in a different light.

The present event does not intend to reopen ready, but unrealized program. The task of the present project is to show the transformation of the “User Experience” in the context of the revolution, as a time-wise parallel process. It also shows the key concepts created over the years by the avant-garde discourse, which has appeared in the methodological and contextual foundations of the “User Experience” as well as the “Revolution”. This event will include the subjects of the previous project, as well as new items and works, which will emphasize the context of the above mentioned changes.