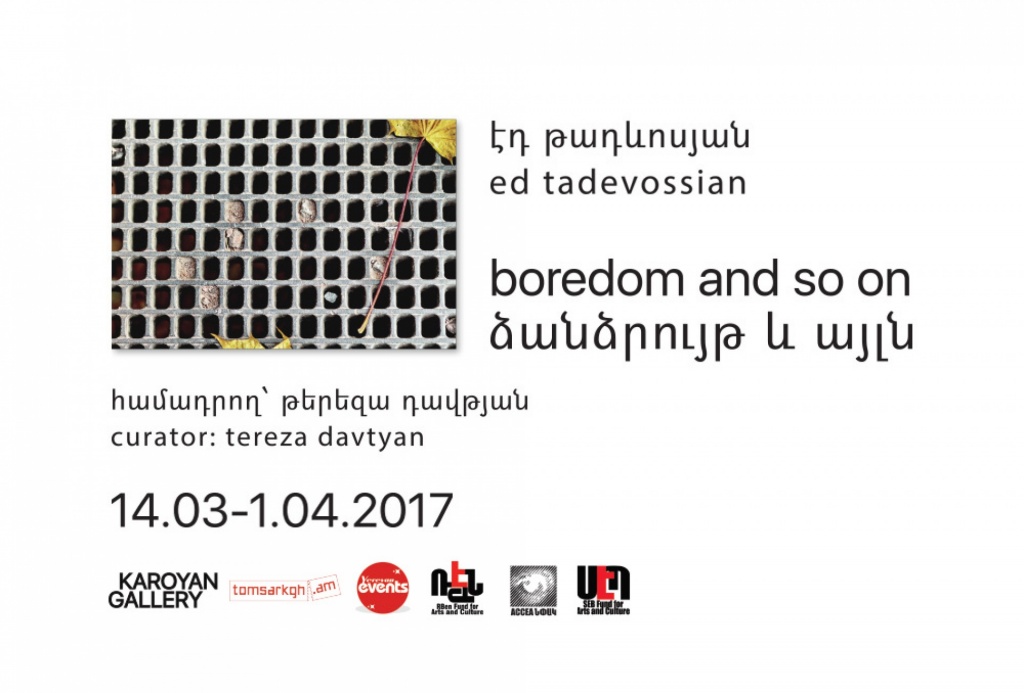 Under overall dominance of consumer culture, where exploitation of work and time are main objectives, there is no time and resource for engaging in the arts. And, unexpectedly, a person, in the heap of industrial debris and boredom, has found time and opportunity to create something interesting. Thus, daily work and the boredom of daily routine, have given way to imagination and creativity.

Lars Fr. H. Svendsen’s version of “situative boredom” happens when people do something that in reality they do not want to do, and do not enjoy doing. When one gets bored urge of applying the brakes (stopping) dominate in his brain.. However, simultaneously there is certain stimulating factor, which is related to either performing uniform, monotonous work, or the expectation of its completion.

(Lars Fr. H. Svendsen The boredom of satiety , when one gets too much of the same thing and everything becomes banal. http://www.reaktionbooks.co.uk/display.asp?K=9781861892171)

Ed Tatevossian – There was a client, (whom I immensely despised) for whom we printed numbers on small pieces of sheet metals, and made four holes on the corners of each piece. The orders were always for large quantities.
(Excerpt from interview with Ed Tatevossian, 1 February, 2017)

Continuous repetition pushes the person to extreme mental condition, making him to search experiment and communicate new things. Using specific technical possibilities of his daily work, the photographer has been able to find time to realize his creative urge. By using skills acquired during years of boring and monotonous work, and possibilities it provided, the person (the artist) in between work and “boredom”, has managed to create something, which justifies the senseless waste of time.

ET- I did not take the small prints I made seriously. I gave away some thirty of them to different people. I remember, I gave one to a girl, who recognized the guy on the skate-board in one of the pictures.
I have done the prints randomly, not in any specific order. I printed any picture which was at hand, at the time during work. I used the useless left overs from sides of the metal sheets, to print photos on.
(Excerpt from interview with Ed Tatevossian, 1 February, 2017)

“Is creative work today necessarily associated with idleness, the kind of connection say Marx saw in the communist society? Under present-day economic conditions, globalizing world, where under increasing pressure of sector of non-material production, constricting industrial production terminates part of its workforce, how is the issue of employment expressed in the field of arts and artists, the field which is located in the loop of material and non-material production? When Boyce insisted that everyone can be an artist, he rather meant that every one of us is given the ability of managing our creative time. He was perhaps very far from the thought that there may come a time, when every artist will be much more restricted in terms of managing his creative time, than a person, who perhaps due to his job, does not consider himself as such. In terms of managing his time is present day artist freer than a full-time wage-earning worker? Or, isn’t an unemployed person, as far as managing his creative time is concerned, more independent than an artist?”