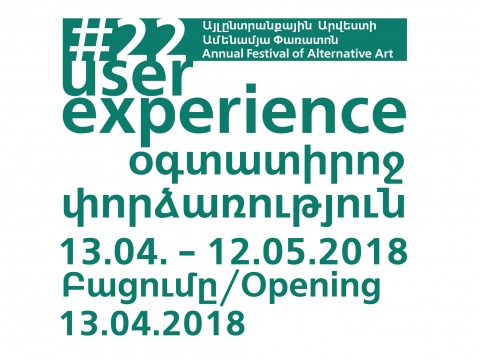 Preface
In 2018 ACCEA/NPAK organizes its traditional Annual Festival of Alternative Art for 22nd time. It has a 22 year history. During these years, the principal objective of the festival has been provision of platform for new artists and initiatives. Without diverting from this principle, this year’s festival took place differently. An attempt was made to change the procedure of organizing the festival, which brought with it new content and concept. Series of the events of this year has been formed around this very concept.
Traditional institution-curator-artist structure has been replaced by a different format. Invited participants determined the form of their participation during periodical meetings, and formulated the concept, the works, the program, as well as associated artists’ statements. Actually curation of the festival was done by the same group of participants who created the artistic content. There were two basic principles: each person individually decides on the form of participation, and its concept; while everything was subject to group discourse.
Thus, one way or another, it turned out that each work has been created as a result of group discussions. Even there are works that is unclear who the artist is. However, they exist, because the group found them to be noteworthy. In the meantime it was understood that in this context, the traditional importance of individual author is doubtful. The author became collective subject.
The entire content of the event has been formed around these principles. The artists’ statement, which we call “Narrative” was also result of this process.
This text is record of conversation at one of the meetings. A meeting, during which everyone talked about what had happened during the past eight months, as well as how was this project structured?